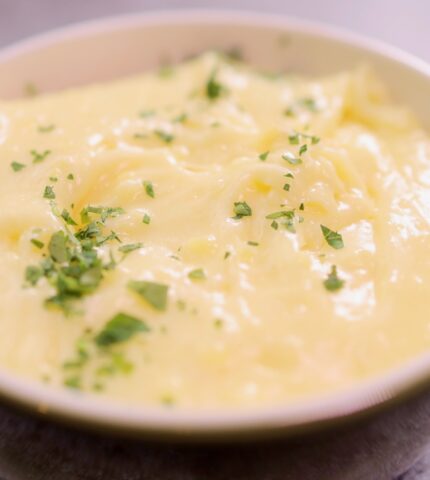 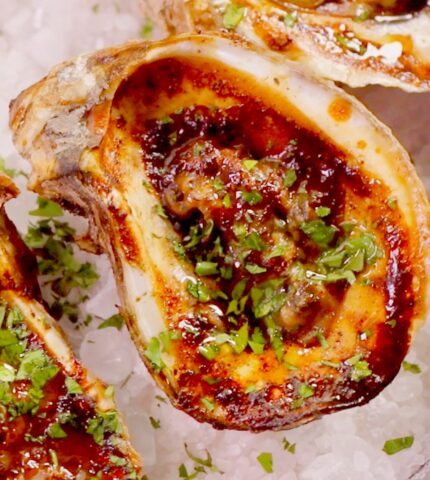 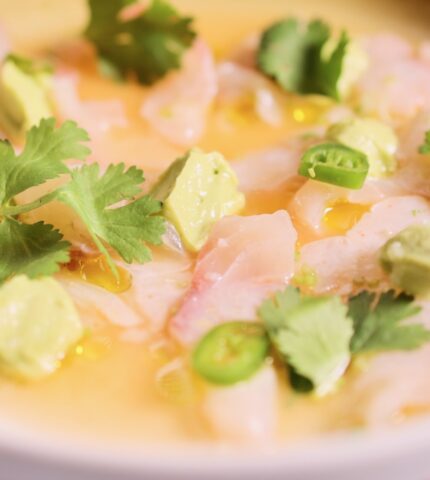 His interest in restaurants started back on the farm, when he followed an older brother at age fourteen to work in a nearby tavern, washing dishes. A jazz saxophone scholarship got him to college, but his passion was grounded in farming and cooking – so he found a way to study at the Culinary Institute of America. For his externship, Steven requested a placement in New Orleans, where he could enjoy the jazz scene as well as a culinary experience and upon graduating, he got himself right back down there, to where it all just clicked. Working with Creole chef Chris Brown , celebrity chef John Besh, and restaurateurs Dickie Brennan and Ralph Brennan of the legendary restaurant family, the soulfulness of his cuisine flourished as his taste and technique was influenced by the flavors and ingredients of Louisiana.

Hurricane Katrina was a turning point for McHugh, working 20-hour days, going through gallons of bleach to scrub out the restaurant, and serving breakfasts to hundreds of FEMA workers from a trailer. “A couple of fine-dining chefs, slinging scrambled eggs for 600 – we just continued and did not look back,” says McHugh, who was proud to be serving in the trenches. He worked his way around the Louisiana culinary scene, becoming chef de cuisine of Restaurant August, then La Provence, where his formative years on the family farm gave him an edge on establishing a full kitchen garden and farmyard.

In 2009, the thoughtful and energetic chef faced his greatest challenge by far: a diagnosis of cancer. He set out to beat his own opponent, non-Hodgkin’s Lymphoma with two tumors, one the size of a grapefruit – with fierce determination, two operations, and a year of chemotherapy. Now in remission, his check-up visits are more often consumed with the subject of food, than cancer.

McHugh’s new lease on life propelled him forward toward a long-held dream: a restaurant of his own. His first is Cured, located in Pearl, San Antonio’s groundbreaking culinary center that occupies the campus of the city’s late great Pearl Brewery. Cured refers to more than just the fact of recovered health. It is all about the house-cured meats and a menu of equally time-consuming culinary elements that have been lovingly handcrafted with just as much care and faith from the finest, freshest local ingredients in a gastro-pub style ambiance. Bitters for the cocktails. Vinegars for the pickling. Taking that philosophy of building a menu from the natural gifts of the local soil, McHugh honed-in on the bounty of Texas as the foundation for his menus. It became even more apparent with the opening of his second restaurant in 2021 - situated just down the river in downtown San Antonio- Landrace, at the Thompson Hotel. The dishes honor the pastoral beauty of foods that can be traced back to the land where they are naturally shepherded over time, with seasonal menus that celebrate regional Texas ingredients and heritage growers close to his kitchen door. The heart of McHugh’s cooking style and center of his kitchen at Landrace favors pure, naked flames, which is the most basic of tools. A woodburning, stainless steel grill floats over Post Oak and Mesquite wood along with talented chefs executing Argentinian techniques, like lowering and raising the grids, for optimum flavor and cooking temperatures. It is not just a meatopia fest of beef, but seafood and vegetables command a strong presence amongst the dancing flames and heat. The interior’s earth tone color palette features natural colors of brown, white, beige, and other neutral hues that reflect the subliminal sentiment of its authentic approach to the cuisine, creating a warm and elegant atmosphere. The curated choices of produce - native to the land - lends to a heightened experience at Landrace.

“Beyond what was on the plate, I want to achieve the sense of warmth and support that I remember growing up on the farm, where our kitchen table was the gathering place for the whole community,” says McHugh. As a graduate who is committed to the betterment of his alma mater, the Culinary Institute of America, McHugh was invited to be on the Advisory Council of the CIA San Antonio Campus in April 2014. McHugh’s continued efforts also brought him to participate in the James Beard Chef Action Summit at Princeton University, where industry leaders convened to work towards positive policy changes that support people, communities, and the planet. McHugh was involved, weekly, in a month-long virtual James Beard Boot Camp supporting equity in the hospitality industry. McHugh is recognized by the James Beard Foundation as a Smart Catch Leader for his use of the purest regional ingredients paired with organic methods, which influences others to focus their efforts in maintaining healthy, sustainable food sources now and for future generations. Good Food 100 Restaurants and the James Beard Foundation have continuously honored McHugh for his purchasing policies and practices which exemplify sustainability, supporting every link in the food chain and changing the food system for the better.

McHugh’s accolades span from one of the top 50 nominee for Bon Appetit’s “America’s Best New Restaurants 2014”, a runner up for Esquire’s “Best New Restaurants in America 2014”, and to Eater’s list of “38 Essential Texas Restaurants” in 2018. McHugh has appeared on the Food Network and the Cooking Channel, resulting in one of his favorite culinary memories - slow roasting a 230-pound hog in a large outdoor, cinder block pit with Chef Roger Mooking on Man, Fire Food. Sometimes everything is bigger in Texas! 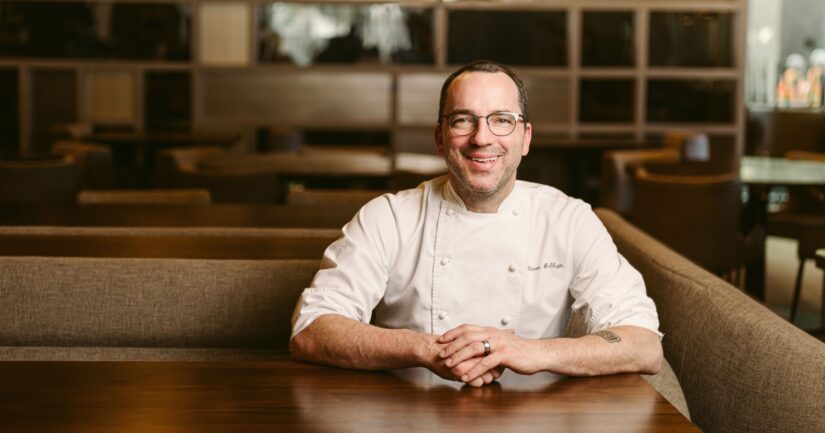 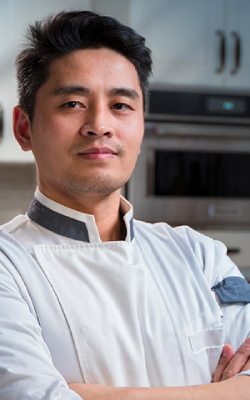 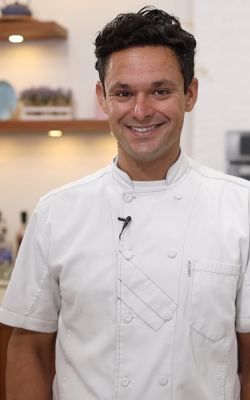 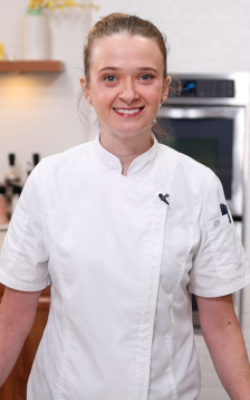 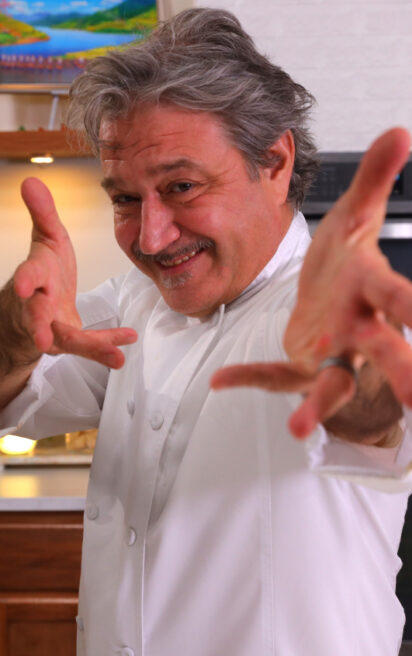 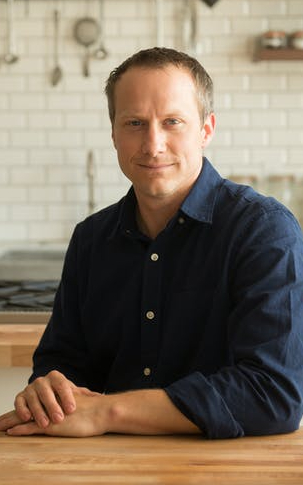 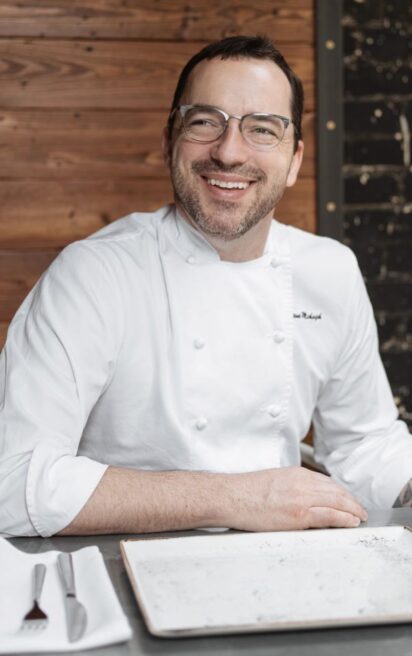